He joined ARL in 2013. His current research interests at ARL are in machine learning for underwater applications, bio-acoustics and signal processing in impulsive noise. Applications span fields ranging from shallow tropical waters infested with snapping shrimp noise, to the depths of the ocean, to the Arctic ice sheets where glacier melt noise dominates the soundscape. He is focusing on machine-learning based marine-mammal quantification. Previously, he also worked with modeling for deep-sea exploration.

In 2019-2020, Hari also worked as a Visiting Scholar at the Scripps Institution of Oceanography, working on the acoustics of melting ice.

He obtained his Ph.D degree in 2013 from the Nanyang Technological University  (NTU), Singapore, in Computer Engineering. He did his B.Tech in Electronics and Electrical Engineering from National Institute of Technology, Calicut, in 2008. His Ph.D research involved the development of improved algorithms for underwater signal processing. These included detection & localization, acoustic propagation modeling and vector sensor processing, and developing robust methods in impulsive noise.

He is the Chief Editor on the OES Science outreach magazine Earthzine. In 2019, he was awarded the IEEE Oceanic Engineering society’s YP-BOOST award which aims to encourage young professionals to participate in the leadership of the society by attending OES meetings, being involved in the diverse committees, and helping with different aspects of the IEEE OCEANS conferences.

Hari has been involved with student technical activities since his Bachelors days, where he served on the IEEE Student Branch at NIT Calicut as Public relations officer and Secretary. During this period, he was instrumental in helping give birth to robotics initiatives at NITC, and also in conducting the popular FOSS open source software meet at NITC.

In 2020, Hari was featured on two interviews by IEEE TryEngineering, on the importance of ocean awareness and education – they were showcased as part of the TryEngg. spotlight and TryEngg. Tuesday events.

Apart from research and volunteering activities, he enjoys reading, gardening, listening to music and playing the flute. He is also passionate about anime, movies and TV series. 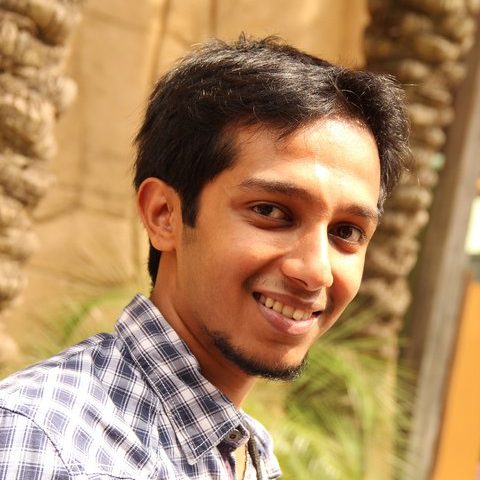 Some of my code is public at my Github repo. I also contribute to ARL’s open source repositories at arlpy and UnderwaterAcoustics.jl

If you spot dolphins, dugongs or other marine mammals at Sisters Islands Marine Park in Singapore, please fill this form to help our lab’s research on marine-mammal acoustics: https://forms.gle/r2d59S9asj295UjN6